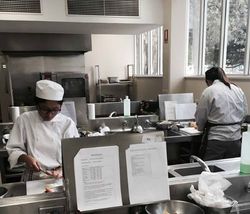 The kitchens at Chisholm Frankston were buzzing last Tuesday as the Aus-Tafe Culinary Trophy 2016 kicked-off. Students include 1st, 2nd and 3rd year apprentice cooks and culinary students from far and wide, across several Chisholm campuses throughout the South East. There was a sense of focus, order and confidence as they cooked their way through the annual cooking competition, which aims to expose students to culinary competitions, increase the benchmark of cooking and continually innovate with new and inspiring ingredients.

Ernst Schwab, Chef and one of the organisers of the event said, “What’s good about this competition is that it’s inclusive and relatively in-expensive for students to participate.” 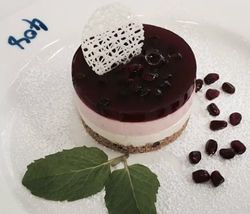 “It’s about providing students with an opportunity to compete, and once they are exposed to competition, they will usually enter again, which in turn increases the calibre of our students and the future of our industry.”

As a proud sponsor of the competition, The team at Gemini Catering Equipment would like to congratulate the winners of Tuesday’s competition! Winners of four sections will represent the State in the National Final, to be hosted in September at Fine Food Australia, at the Melbourne Exhibition Centre.